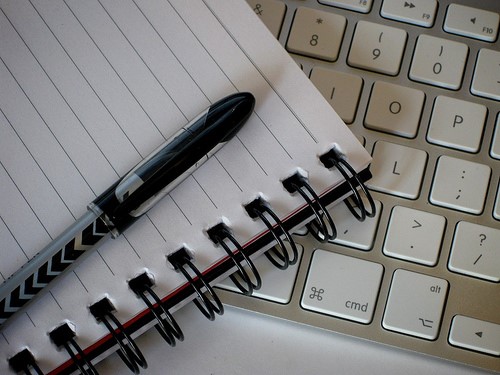 How Technologies Changed the Writing World

Technology has changed every aspect of our lives including communication. Today you can disseminate information to different parts of the world within seconds as long as the recipients have access to the same technology. Writers have evolved from taking notes with a pen and paper to typing their ideas on laptops, tablets, and mobile phones. Here are some of the ways in which technology has changed writing.

Classic writers did not have access to the large volumes of information that modern writers have. They relied on their own creativity to compose great pieces. The social and physical environment inspired their manuscripts. Since the early writers had limited information to work with, they could organize their thoughts and ideas systematically.

Modern writers can easily borrow ideas from other writers. It is easy to copy paste ideas from different websites on a word processor, organize them, and present them as original ideas. Writers have so many ideas to include in their work that organizing them systematically is a challenge to many.

Before new communication technologies were introduced, writers wrote their manual manuscripts on paper before using a typewriter to prepare printable copies. They were not relying on any program or software to check if their grammar was correct. Classic writers read their work word by word to identify grammar mistakes.

Lack of grammar checkers meant that writers had to learn all the rules of a language before writing in it. The approach has changed with new technologies. Some writers type in words in a word processor to learn the correct spelling. Many rely on programs to proofread their work.

Although grammar checkers are fast and sometimes more accurate than writers, they do not check for the coherence of ideas. They may highlight awkward sentences but not the flow of ideas. Writers who read their work can identify and correct mistakes that relate to the flow and coherence of ideas.

Although technologies have affected creativity, communication technologies have improved the quality of work for some writers. Some writers are able to use the internet effectively to cover their topics comprehensively. Writers can find new ideas to include in their work on the go.

The internet increases the speed at which writers get relevant information for their manuscripts. It also opens new databases that writers could not access if they were searching for information physically. Writers can compare writing styles from other writers in different parts of the world and improve their quality.

Another advantage of new technologies is that they enable writers to complete several volumes of their work within a short period. Typing directly to a word processor is obviously faster than using a typewriter or a pen and paper. Technology has enabled writers to publish their work faster and share it with readers across the globe.

The ability to write and publish many volumes also raises quality issues. Some writers are able to maintain their quality of work across all volumes but some lower their writing standards. Some focus on publishing as many books or articles as they can instead of providing their readers with the information they require.

Many writers have no control over their materials after they share them online. While copyright laws exist in all countries, it is impossible to track how each written piece is used around the world. Some people replicate materials beyond the author’s control.

Violation of copyrights has made many writers shy away from sharing their work online. Some prefer the traditional way of writing and publishing both fictional and non-fictional books to protect their copyrights.

Other changes in the writing world

Lucy Adams is an aspiring blogger and a competent essay writer. She provides buzzessay help with your essays at the lowest price and prepares blog materials for free. Share your intriguing suggestions and get the research done in no time!