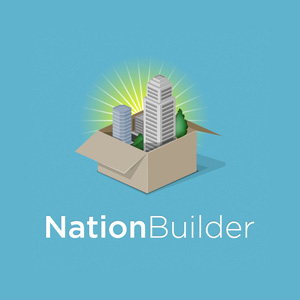 You may have been wondering what incredible websites we are currently working on, how we spend our web development resources or what creative web design skills we will be showcasing next (or you probably have not).

Either way, we are proud to introduce you to NationBuilder, the world's first web-based Community Organizing System. NationBuilder can be considered as a cross between a traditional CMS, allowing you to create and modify an immense variety of pages based on pre-defined templates which are especially useful in a typical community organizing scenario; and a CRM, a people database, possibly connected to Facebook, Twitter or Meetup giving a leader an easily accessible method to communicate to his/her followers.

NationBuilder was founded in 2009 by Jim Gilliam and co-founded by Joe Green (who has since then moved on to Andreessen Horowitz)  and Jesse Haff and is based in Los Angeles. Therefore if you do some quick Google-ing, you should know that we are talking about something which is bound to make a difference.

At the moment of writing, Incredible Web are the only certified NationBuilder Architects in Malta; which apart from being a great honour, also guarantees that we are capable of modifying NationBuilder templates according to customer specifications. Although NationBuilder is highly-customizable without knowing HTML or CSS and comes bundled with a set of free themes; if a customer would like to further modify it's theme it is possible through the services of a certified NationBuilder architect. There are almost no limitations on the creative design of a NationBuilder theme, so if the bundled themes don't tickle your fancy, this is where we come in to give your site that extra-polished look you are looking for.

In the last two years, NationBuilder has helped over 1,800 leaders build more than 500 nations with a stunning 2 million supporters. NationBuilder has garnered so much attention because it works*, it allows you to manage your followers, supporters, donors or volunteers; identify which supporters have recruited most volunteers or followers and be in constant communication with the people which matter, because ultimately a leader needs his followers as much as they need him/her.

Whilst the immediately obvious use of NationBuilder might seem political, based on both the features it offers and on past results, this might not always be the case as NationBuilder could be used by NGOs, non-profits or simply to raise awareness on a cause.

And the great bit is that it won't cost you a fortune to start your own nation, with pricing based on the amount of supporters in your nation (beginning with $19/month for up to 10,000 supporters), making it conveniently priced for both large scale nationwide elections to something much smaller such as electing the leader of your party. And to make sure you have done the right choice, NationBuilder also offers a 14-day free trial which is available instantly at nationbuilder.com.

If you would like more information on building your own Nation do not hesitate to contact us and we will be glad to walk you through it.

Users of NationBuilder include: